In the Frame
Kris Hartas

Based in Brisbane, Kris Hartas creates realistic pen drawings with a high level of accuracy, detail and care. His educational background in architecture was highly influential on the development of his practice, leading him to work with various pen techniques and eventually mastering the art of stippling.

Kris takes on a variety of unique commissions alongside creating work to reproduce and release as limited edition prints. We've had the pleasure of printing these editions for Kris this year, and our fascination with his work led us to find out more about his process and motivations behind it.

June 2018 was the arrival date for BenQ's mini marvel - the best $699 you can spend in photography.


Introduction to the BenQ SW240

In photography (or anything in the graphic arts), $699 often doesn't go very far. It's about a third of the cost of a decent lens, or roughly the same price as one of the new pencil compatible iPads - where the pencil reacts a solid half second after you touch the screen with it (the iPad Pro works speedily, though).

In monitor terms, it typically gets you things like the Asus ProArt or Dell Ultrasharps - monitors that aren't complete rubbish - but aren't as far from it as you'd like them to be!

Until the middle of this year, there really wasn't a good option in monitors, for imaging purposes specifically, that was below $1000.

All that has changed with the introduction of BenQ's mini marvel - the $699 SW240. First seen and mentioned in our Japan CP+ report from earlier this year, we've now had these flowing through to customers for the last few months and have been gathering their feedback, and have finally even managed to keep one in stock long enough to put it through a proper workout here!

(There is even a comprehensive series of accessories - BenQ's 'Accurate Colour On The Go' platform - coming soon for the ultimate in portable colour accuracy). 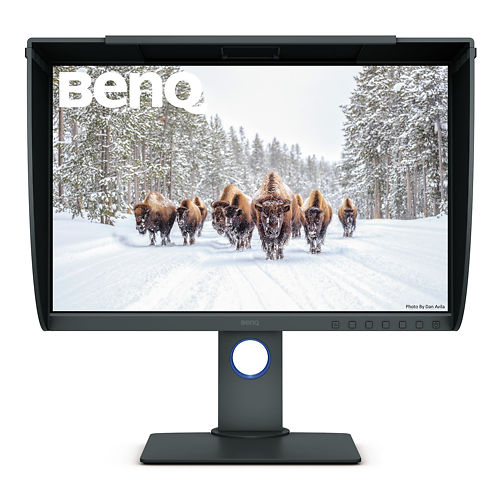 The BenQ SW240 has these key specifications:

The BenQ SW240 is the perfect entry level colour accurate monitor for enthusiast amateur photographers on a tight budget, and it also makes an excellent second screen or studio monitor for working professionals.

Indeed, we are seeing a whole lot of people who are very enthusiastic about colour accuracy for a very reasonable price:

Given this monitor is a few months old now, there are already detailed reviews all over the web (and they're very positive reviews!).

And given this is a member of the now very familiar line of BenQ SW monitors - scores of which are now out in daily professional and amateur use with our customers around Australia, I'm not going to spend a lot of time re-hashing our earlier thoughts on BenQ monitors (see our BenQ SW271C and BenQ SW270c evaluations).

Suffice it to say all the superlatives from those previous evaluations apply here.  It's really very similar in colour performance, across the board, to the BenQ SW271.  Our example is, if anything, even more uniform than our SW271 (which is already great), and it is quite frankly a thrill to see such accuracy for so few dollars.

All the positives remain:

The frustrations that remain are mostly minor: 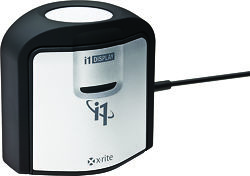 4K is really almost completely irrelevant in terms of achieving high quality imaging results.  It is vastly, vastly more important to get your colour under control.  This is true for photography, graphic design, illustration - you name it.

Sure, you get sharper thumbnails and text is without doubt more beautifully rendered on 4K, and there are some higher end video grading scenarios where you truly do need 4K - but the reality is for the vast bulk of folks working with images & video the absolute key issue - the key problem that causes them issues in their workflow that need to be solved - is a lack of colour quality.

Buying a 4K machine with lesser colour quality - and that's all 4k monitors at this price point - is a big mistake if you care about making beautiful images.  The $2499 SW271C is really the only high quality colour accurate 4K monitor on the market (hence its popularity) - but if your budget is not at that level, you will find it very easy to live without 4K and will greatly enjoy and benefit from the colour accuracy the SW240 offers.

If you have an interest in photography, or any of the digital visual arts, and your monitor budget is below $1000, then you should buy this monitor (and a calibrator!).

There is simply no better choice available for graphics work at a similar price.

(Of course if your budget is close to $1000, you might just get tempted by the equally excellent bigger brother SW2700PT model :)

As ever, if you need any help at all in deciding, or want to see a demo unit etc., then don't hesitate to get in touch. 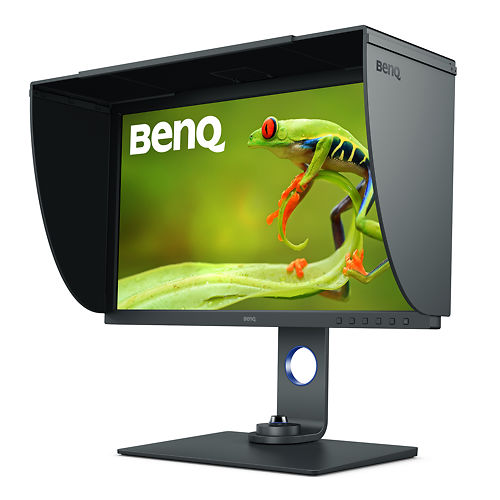 The new and improved version of the extremely popular SW271 is a 27" 4K photo-editing monitor with excellent colour accuracy and uniformity.
Ships free to most locations! See notes.

Thank you for your email. Actually I am a returning customer and a very satisfied customer into the bargain. This time I bought an Epson P800 - originally I bought an Epson 3880 from you and have been very satisfied with it. But having seen the Luminous Landscape videos promoting the P800 I simply had to have one. So I have sold the 3880 and upgraded. It arrived today... you really are efficient - I only ordered it yesterday!

So, thank you for efficient, friendly and excellent service - I teach photography at the local University of the Third age and refer my students to you with every confidence they will be well treated.