In the Frame
Erin Greer

Erin Greer is a Melbourne artist who creates quirky, colourful illustrations of creatures! Inspired by mythology, folklore & dreams, Erin's illustrations have an other worldly touch to them.

Written by Jeremy Daalder
Jeremy is the owner of Image Science. With a background in both professional photography and computing, he handles all the technical stuff including development of our fine art printing, scanning and colour management processes. He also handles business development, and is the website maker & primary content writer.
© Image Science 2020


Thanks to what seems to me to be very arcane geographic restrictions, you may not be able to easily watch British Masters. But if you can, it’s an interesting watch, for a number of reasons.

I’ve been consuming art docos at a rate of knots lately (apologies for the mixed metaphor) – in preparation for some as yet loosely planned ideas for a new facet to Image Science we may run with later this year –and I’ve found most of them to be really badly made (like, I suppose, a lot af art itself!). Most are poorly researched, and superficial to the point of being painful.

However, one of the more interesting ones I have seen was the above mentioned British Masters (it was on iPlayer for a while and can be found in lovely high definition on various not so kochre TV download sites I believe).

The program has, with good reason, attracted quite some controversy – and some harsh reviews. It’s highly patriotic but it is also, despite its faults (as ever it’s just as much about the art expert as it is the artists, ultimately), does show some quite neglected and really quite excellent painting. The topic is very interesting even if the presentation is quite flawed (if slick).

The English had a particularly fertile period in the arts during the two world war periods, particularly I think the first, and some of the art of this era is not very well known and is, in fact, particularly good. To a certain extent I agree with the presenter that while Cubism etc. was creating as many problems as it solved for artists in other countries, the English (and it’s really the English – Wales/Ireland/Scotland don’t really get a look in) – were able to modernise their painting in a very successful and less (to my eye) indulgent way.

My favourite artist covered was Paul Nash (I can’t find a really good link unfortunately) – he painted some great WW1 era images that would not look at all out of date coming out of our printer as a reproduction right now – indeed his style is, I would say, very much in vogue now which says a lot both about his art and current artistic efforts, I think!

There was also a fabulous photographic portrait of Paul Nash used in the doco – and one can’t help but look at it and wonder if portraiture has actually got any better for all the last 100 years! Beautifully lit, sharp, expressive – quite wonderful really. Unfortunately I can’t find a decent version of it online, so I suggest you seek out at least the first episode of ‘British Masters’ for a lazy Sunday afternoon’s watching.

Well worth the time! Hopefully ABC will pick it up. 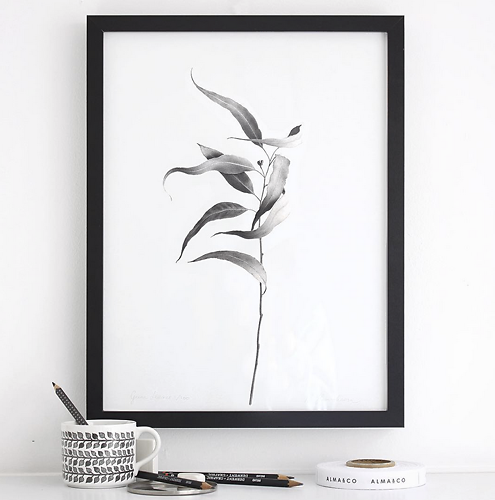 Thanks very much for the fast, lovely and personal service. I could tell I was in the best possible hands right from the beginning and I really appreciate how you guided me expertly through the process. The print quality is exceptional. Very excited to have an Image Science print!