Written by Lynette Letic
Lynette was our office administrator for a couple of years & then marketing assistant for a brief period while she studied Graphic Design.
© Image Science 2022

Peta Clancy is an established photographic artist in Melbourne with an impressive history of work. Utilising an analogue shooting process and often blending it with a multi-disciplinary practice, Peta seeks to challenge viewers of her photographs to focus on what might have never been noticed; exploring notions of the real and the perceived. Her projects have spanned a variety of themes, from the intersection of art and biological processes to Australian history and dislocation.

Peta is a regular client of ours and has wowed us with her beautiful documentary work - shot on 4x5 colour negative film - every time she's come in with a scanning job. We wanted to take the opportunity to find out more about the motivations and themes behind Peta's work this month. Read on for an insightful look into her practice and experience with undertaking artist residencies.

I’d like to know about your creative background. When and how did you get started with photography?

There were several distinct experiences during my upbringing which sparked my interest in photography. I remember as a primary school student making a black and white photogram of some wattle flowers, which I’d picked from a tree in the school yard. When developing this photogram, I was fascinated by the magical, alchemical process of the image appearing before my eyes. I still have the photogram in my studio. Also, whilst growing up, Rennie Ellis was a family friend. I remember family events such as Christmases when Rennie’s camera was a distinct entity whilst he documented our family life. After leaving school I didn’t think of photography as an option to pursue so I started doing an Arts Degree majoring in Multicultural studies. During the first year of the degree I enrolled in a photography elective and my interest in photography was piqued. I then built up a folio to apply to study photography at Phillip Institute, now RMIT. I was lucky to have got into the course and now I am a photographic artist. My photographs explore notions of the real and the perceived, and seek to challenge the viewer to focus on what might never have been noticed. In parallel to my solo photographic practice, I have worked in collaborative and multi-disciplinary ways. The materials and processes I have worked with are informed by my conceptual concerns. Aside from photography, my practice has also spanned installation, sculpture, and video.

You were selected for the 2018 Fostering Koorie Art and Culture artist residency, for which you are developing an exhibition to be shown next year. Can you tell us about the concept behind the project you are currently working on for this and how you envision it’ll come together for the exhibition? Additionally, when and where will the exhibition take place?

During the residency at the Koorie Heritage Trust I have been researching the Aboriginal massacre map of Victoria published by the Koorie Heritage Trust in 1991. It was the first map of its kind showing known massacre sites from across the state. Based on archival evidence it identifies sites where settler massacres occurred between 1836 and 1853 at a time of heightened violence due to rapid colonial expansion in Victoria. A general awareness of massacres may exist, yet not of the scale of violence, concentrated time frame and details about the specific sites. Details about the map can be found here.

During the residency, I have been developing new work for a series titled Undercurrent that will feature photographic works derived from research into sites where massacres occurred on Bangerang and Dja Dja Wurrung country throughout the 19th century. My research has been based on oral history through speaking to the community. The new work will be exhibited at the Koorie Heritage Trust Gallery in early 2019. My original idea for the residency was to visit multiple sites and to depict these. However, I have decided to focus on one area where there is a burial ground that is submerged under a reservoir. I have been paying respects to one site in a sustained way through continuing to return to this site over many months. I’ve been interested in the unseen and the hidden aspects of this landscape, the layers of history that exist there. For the final works, I will layer several images to suggest multiple perspectives and time frames, evoking a sense of something being covered up and hidden. My intention is to suggest two ways of seeing country.

The creation of the work involves a process of scarring and creating the image anew. After photographing a site, I then return to install a large print on a custom-designed frame in front of the exact same landscape; by slicing through the paper, to reveal sections of the scene behind. I re-photograph the cut paper with the behind scene included. For me to undertake this research and the work at the massacre sites on Dja Dja Wurrung country I’ve obtained a Cultural Heritage Permit which is necessary to carry out research on an Aboriginal Place. The cultural heritage permit application process is coordinated through Aboriginal Victoria with the approval process through the appropriate Registered Aboriginal Party. The Aboriginal Heritage Act 2006 provides for the protection of Aboriginal cultural heritage and Aboriginal intangible heritage in Victoria.

Your photographs from ‘The Aurelian Project’ are stunning. How did your Aboriginal ancestry inform this project? I’d also like to know how you were able to gain access to photographing these butterflies and moths from museum collections.

My ancestors are from the Bangerang nation from the Murray Goulburn area, South Eastern Australia. The Victorian landscape is a significant source for my practice. I am interested in exploring the landscape in terms of what has been culturally overlaid on top of it since colonization, how this has affected our perceptions of it and my familial disconnection from our ancestral lands. Another reason for my interest in specific landscapes as a site for making work was initially informed through a project where I explored threatened Australian moths and butterflies. I had been researching and photographing threatened butterflies and moths in the Entomology Departments at Museum Victoria in Melbourne and CSIRO in Canberra. I gained access to these collections through developing a connection with the entomologists who work there, initially writing to them to introduce myself and outline my ideas for the project.

Whilst researching these collections I was bereft to find these tiny insects pinned, lifeless in drawers, held in darkened museum spaces. Beneath their little bodies were tiny labels which carefully detailed where the insect had been captured when alive. I wanted to return these creatures back to the sites from where they were taken from. I started to make a database, from the museum collection records, of all threatened and endangered insects from Victoria and record where they were collected from. I intended to return to each of the sites where the insects were captured and collect soil from these sites. I would then use the soil to create environments to photograph the insects on to in a sense ‘return’ them to the sites where they had been captured when alive. I returned to a number of the sites to collect soil, for use to create environments to photograph the insects on. As a way to ‘return’ them to the places where they had been captured when alive. The butterfly species were extinct from some of the sites I visited. At one site the tree the butterfly colony lived in was destroyed when the land was cleared. Species of butterflies live in very localised areas thus land disturbance can be catastrophic to their survival.

The series Aurelian investigates history, museological collections and the Victorian landscape to piece together an evolving continuum of erasure, recovery, loss and memory. Informed through spending extensive time researching the entomology collections, studying now extinct and endangered species of butterflies and moths. Travelling to the sites of extinction and collecting soil samples which I used to create the backgrounds or environments on which to photograph the butterfly specimens. These were photographed with a large format film camera with a very long exposure time of around 2 hours using moving light from a handheld torch.

Whilst working in the landscape, traveling to different sites and collecting soil I became very conscious of notions of belonging and the landscape. At around the same time I became aware of the massacre map of Victoria. Having grown up in Victoria I was shocked to realise that this level of violence had occurred throughout the places that I have traversed throughout my life.

What has led you to develop a practice using colour negative film? Have you always shot in large format or have you specifically chosen 4x5 format for your Massacre Map of Victoria series?

I worked with colour negative film for the Aurelian project as well as the massacre site project. For the Aurelian project I worked with colour negative film because I was working with long exposures, about 2 hours, and film was the best medium for me to work with as my digital camera was not dealing very well with the long exposures technically. For the massacre site project, I work with film for part of the process due to the way the medium captures the colour of the light in the landscapes I am working in.

How have you found having your work scanned with Image Science?

Image Science has been great to work with and their scanning is the best I have found in Melbourne. From the scans, I then create digital prints which I then return with in the landscape.

You’ve undertaken several artist residencies throughout your career. What are some of the things you’ve learnt from these experiences and can you share any tips to our readers who might be interested in applying for a residency at some stage?

I have a strong history of undertaking residencies to inform my work. The ideas and subject matter I am interested in exploring has involved working with a number of individuals in various fields. My experience of working and collaborating with other professionals has been incredibly productive and inspiring. It has been a privilege to work with such generous, professional and experienced individuals. For example; the opportunity to spend four months during an ANAT Synapse Art + Science Residency learning from heart transplant surgeons and being present in the operating theatre during heart and lung transplant operations was an incredible experience. To undertake this kind of experiential research is incredibly formative to my work.

Aside from your Massacre Map of Victoria series, what else are you working on for rest of the year? Do you have any other exhibitions, talks or book projects in the pipeline?

Yes, I am developing new work for The National 2019: new Australian art which will be exhibited at the Art Gallery of NSW from late March in 2019.

To keep up to date with Peta's work, exhibitions and artist talks, visit her website. 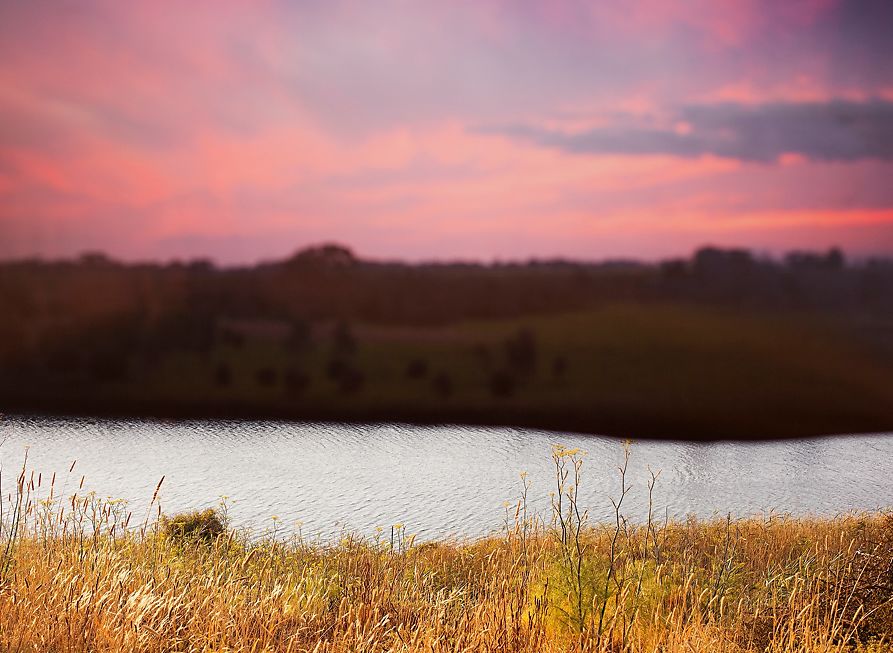 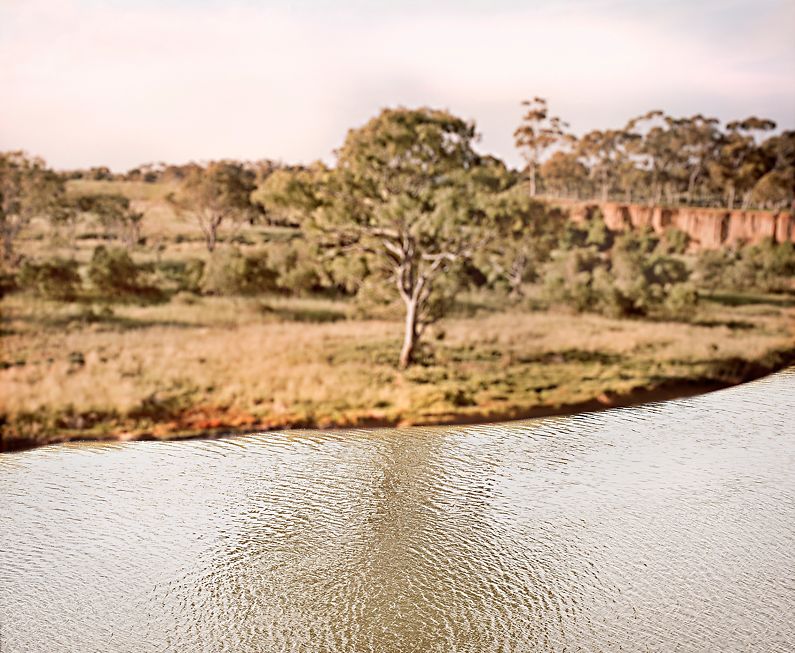 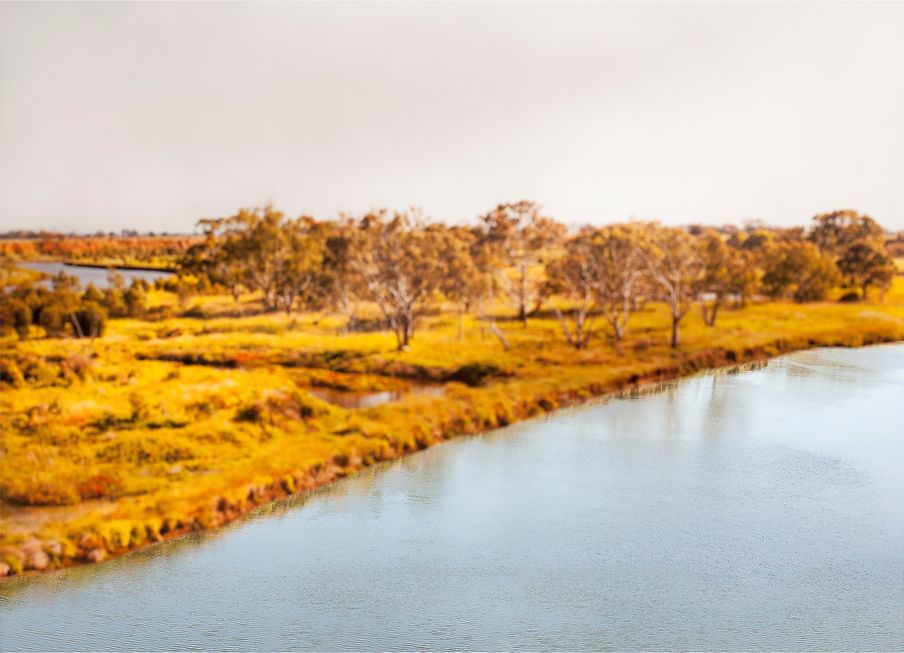 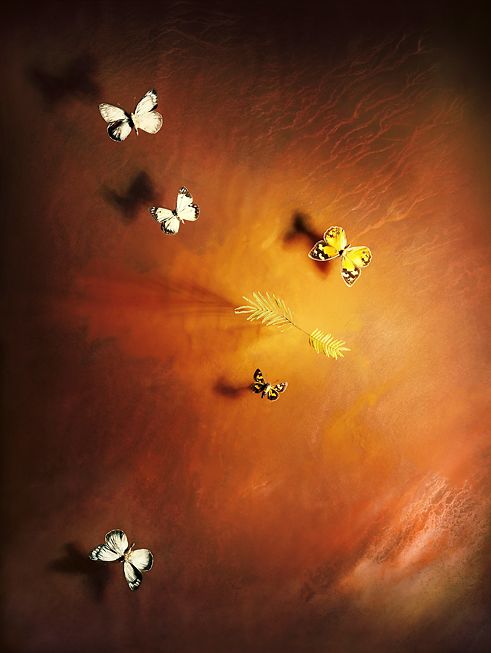 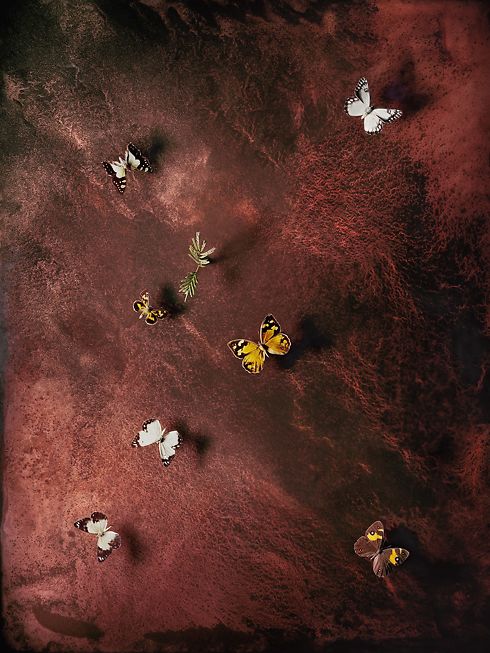 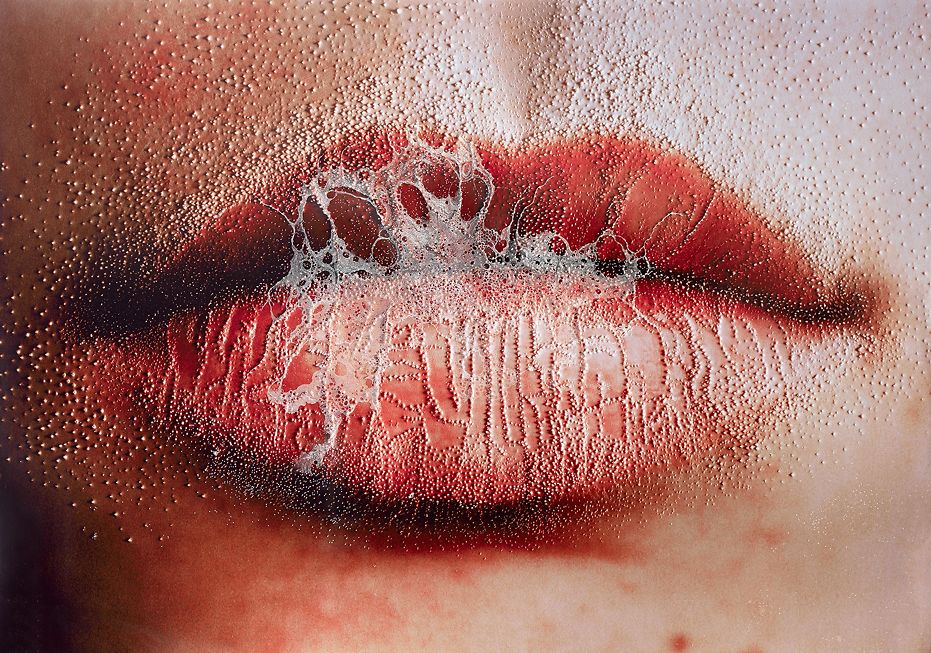 Just viewed your new website for the first time and I gotta say it's amazing. I'll be extremely surprised if it doesn't win an award for web design. Congratulations to the team involved.