The surf photography of Bob Weeks offers us a rare treat; a window into an important era of Australian history which may have otherwise gone completely undocumented.

During the late fifties, along the rugged and largely undeveloped Sydney coastland, a young Bob Weeks became swept up in the emerging Cronulla surf craze and became a zealous follower of the "longboard lifestyle".  As a self-taught photographer with limited resources to draw from, Bob began carrying a Pentax camera with a 400 mm Novoflex lens in a makeshift underwater housing into the surf and forged his photographic process through sheer innovation, trial and error.  In those early years surf photography was non-existent, which led Bob to have his images featured in the first ever surf magazines, his photography gracing the first ever issue of Surfing World - the compensation however, was paltry and his work went uncredited.  Surfing photography was considered just a fun and enjoyable hobby, and no-one dreamed they could actually get paid real money to do it, or build a career out of it.

Bob's images are special because they offer us a glimpse into a much simpler, quieter way of Aussie life - the ramshackle fishing shacks, dirt roads, and pristine, untouched coastland of the past are now replaced with luxury high-rise apartments, boutique shops and the beaches are crowded with surfers bobbing and jostling shoulder to shoulder.  Modern-day surfers are especially interested in seeing the uncrowded, isolated breaks and just how much the surrounding landscape has changed.  A fair portion of his clientele, however, buy his work purely for nostalgic reasons.  Bob likes to reminisce about some of the most memorable stories he's come across.

"Over the years a lot of buyers of my surfing images have been surfing mags and surfing books and after the digital era emerged I started a website. Sales were quiet for some time but as the years roll by my images are becoming more popular because of their history and bring back memories from the sixties. One memory is of the Maroochydore Hotel. A lady ordered a print because it brought back memories of a surfing life-style on the Sunshine coast. The photo of the Highway Cafe at Buhladelah in 1964 brought back memories of his mother who worked there. A lady once ordered two surfing images of a young guy surfing at Sandshoes in Cronulla because he was her father but has now passed away. 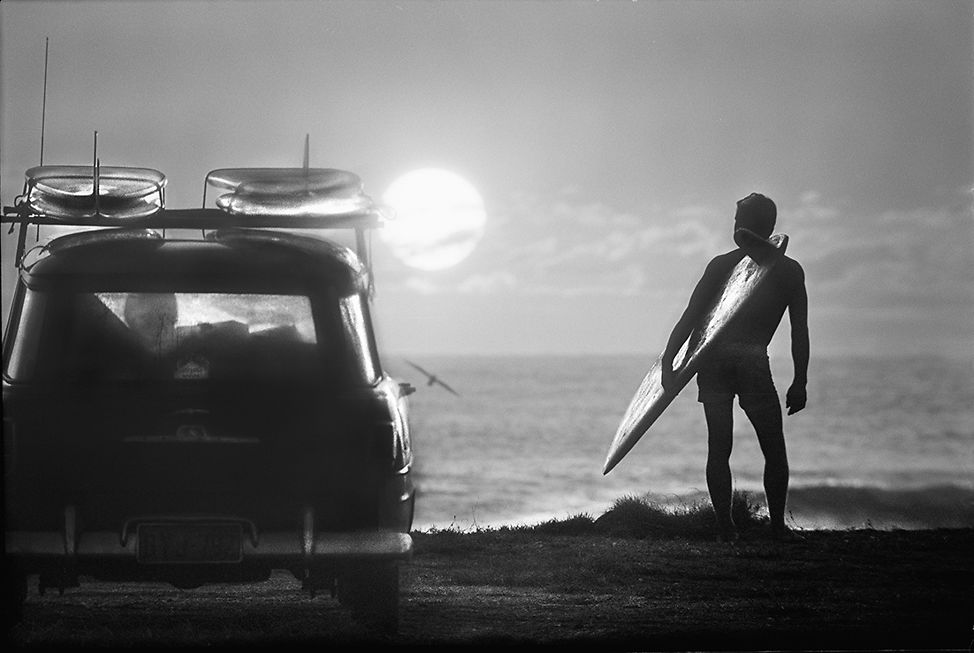 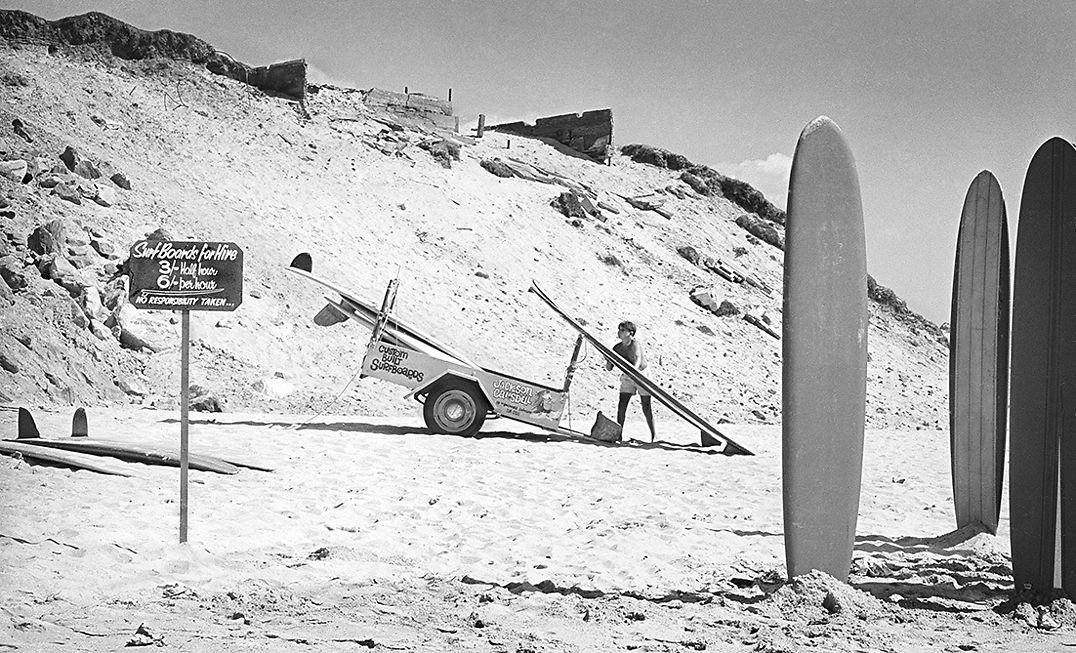 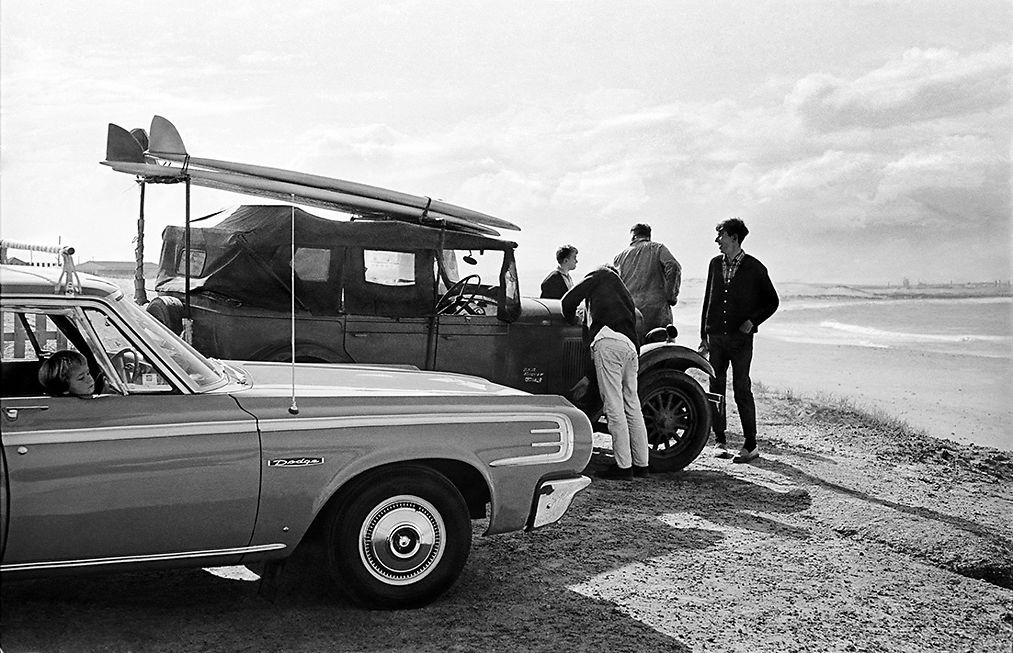 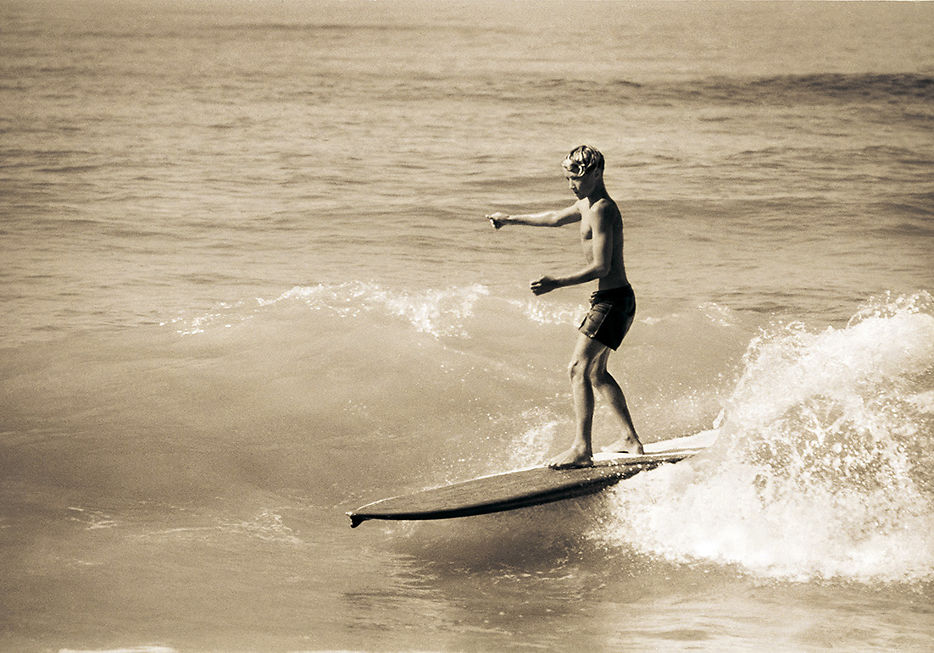 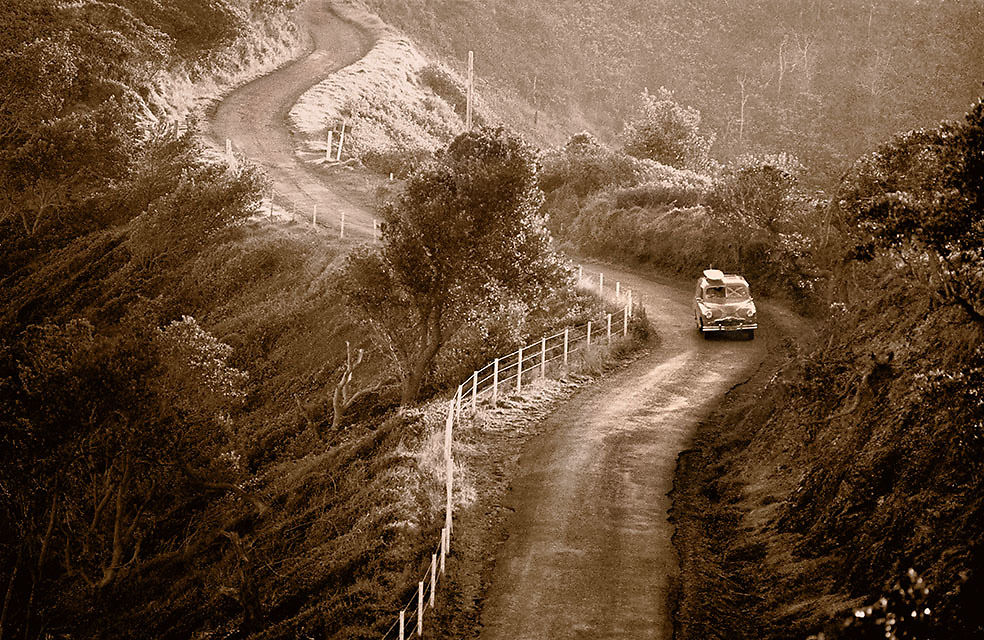 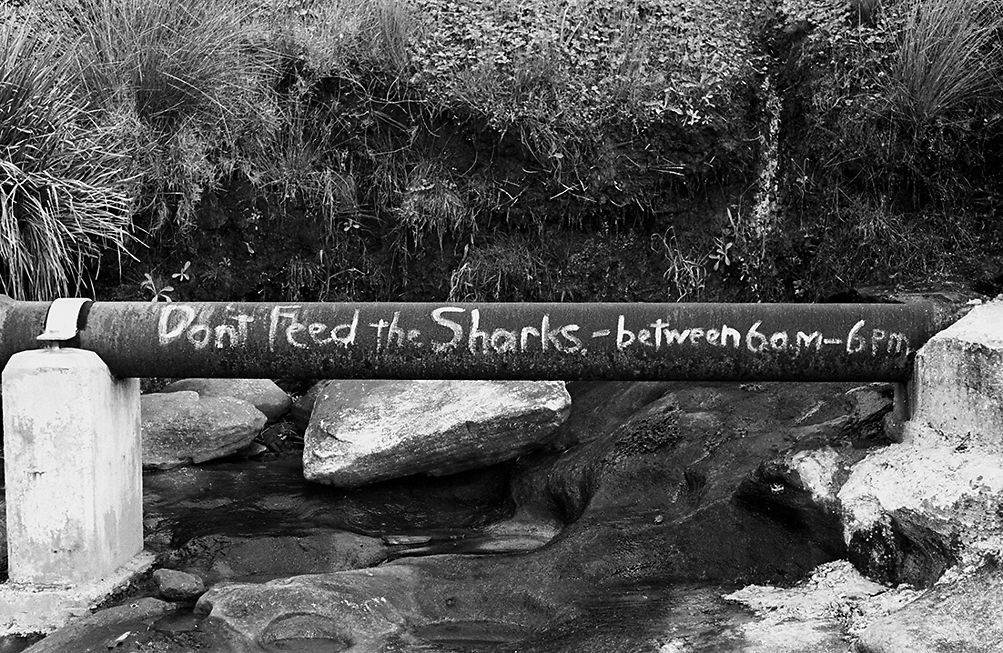 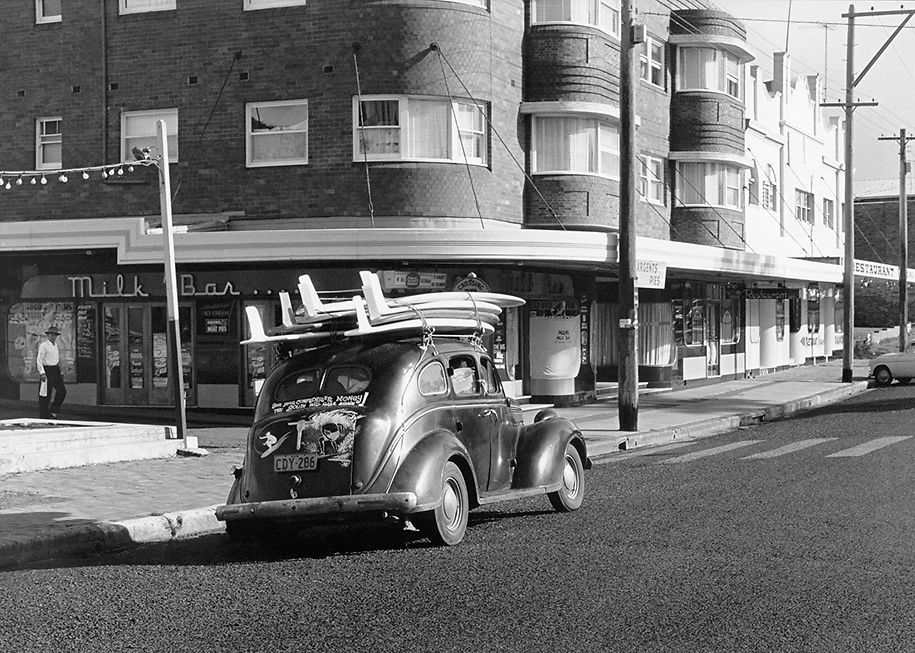 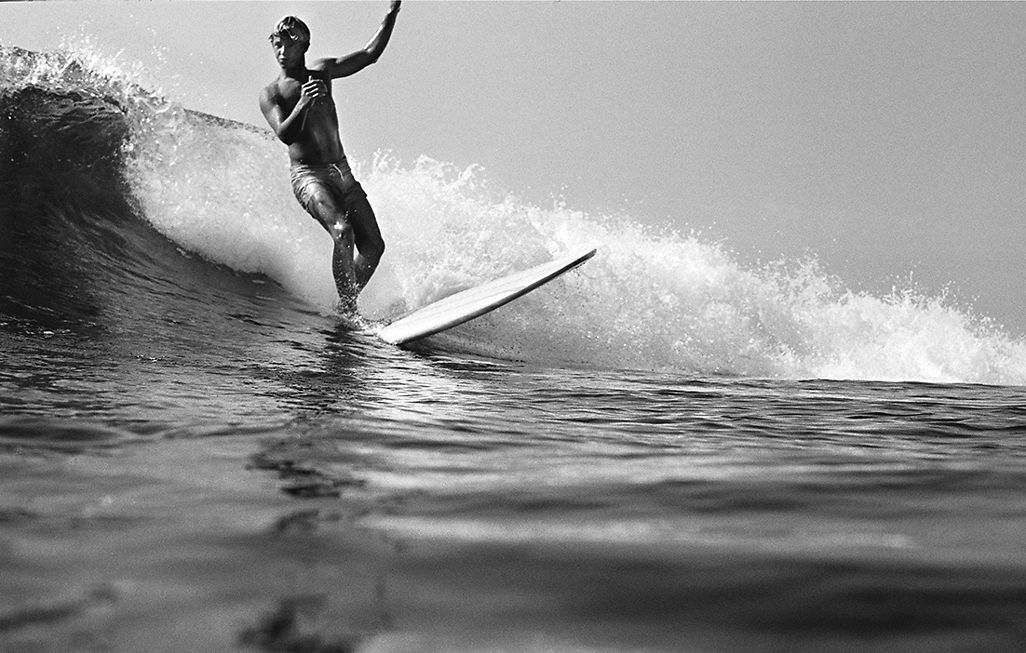 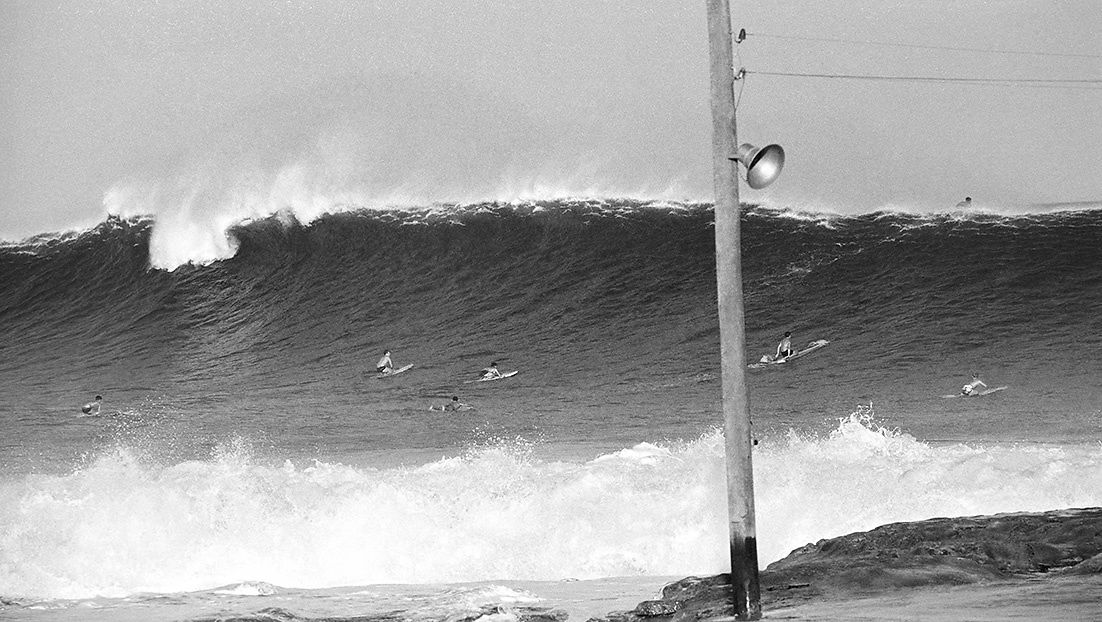 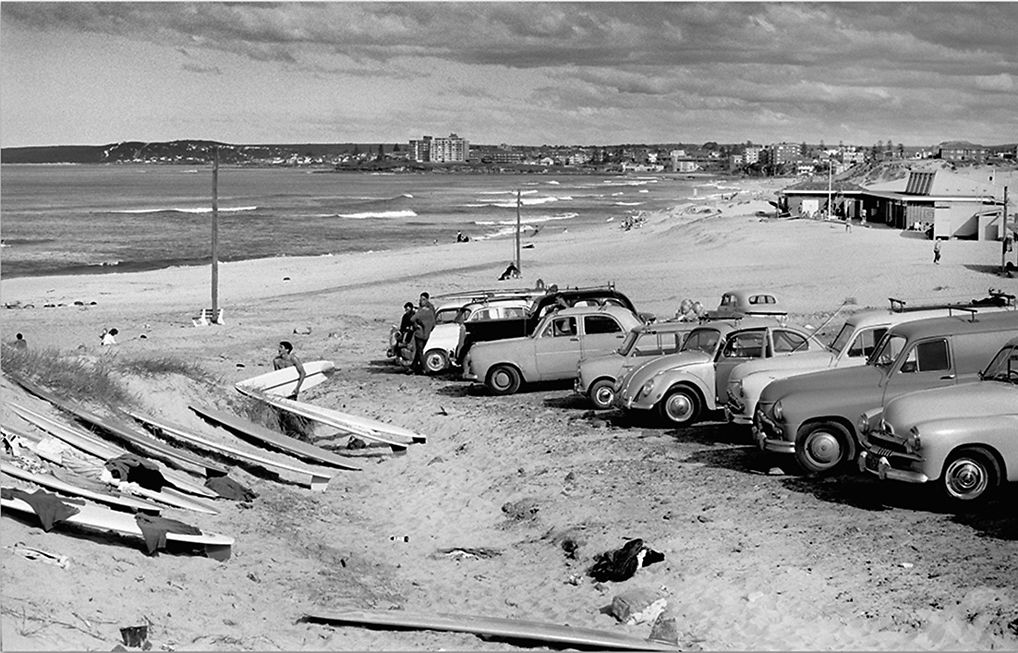 More recently, a woman ordered one of my skateboarding pics taken in 1965 because her son started skateboarding and loved it as a Christmas present for him. I never met the skater back in those days but was contacted by him about seven years ago after someone saw the image with his name on it. I remembered being in touch and had his phone number in my book so I called him and we spoke for about half an hour. He has the framed print of himself on the wall at home."

Bob's interest in photography far preceded his love for surfing, which stemmed from a chance discovery while staying at a childhood friends house. "When I was around 7 or 8 years old, I was visiting a friends house when I saw a Box Brownie and asked my dad to buy a roll of film. I talked my dad into buying some film and I wandered around outside and filled the roll. When I saw the prints I was hooked". After moving to Sylvania as a teen in 1958, Bob then naturally turned his skill at photography to capturing his free and easy beach lifestyle.  Bob enviously watched Cronulla board riders from the shore, then purchased his first surfboard: an unwieldy 9 foot Malibu longboard. 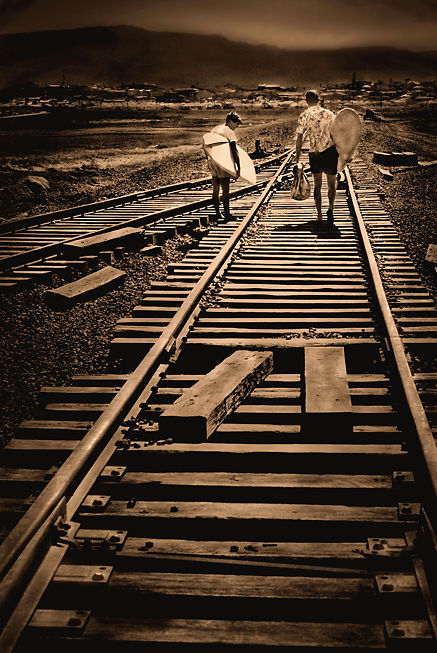 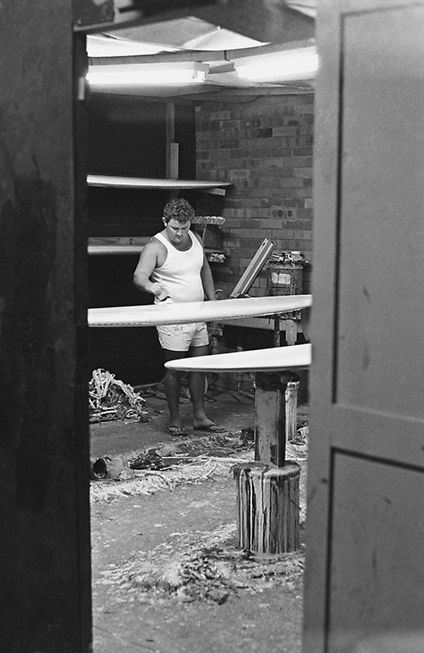 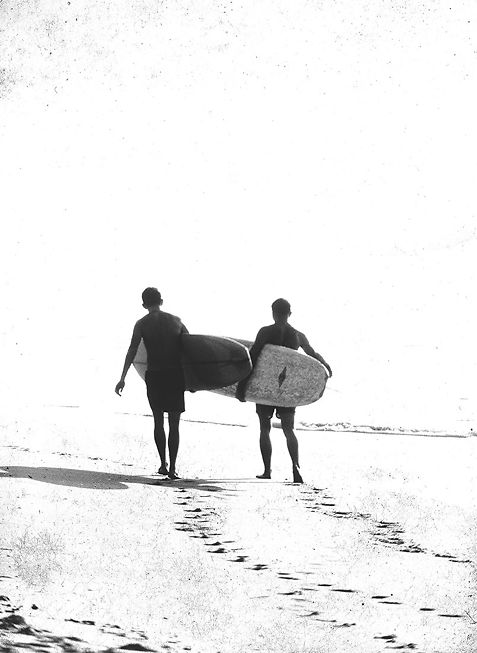 "Because of my love of surfing and taking photos in the early sixties I wanted to record my passionate lifestyle with my mates long before surfing mags. I bought a second hand Pentax single lens reflex SLR and a 400mm lens and added a few more lenses over time. This gave me all I needed for surfing photos, and I set up an enlarger in my parents laundry because I only shot in black and white. I shot in black and white for a few reasons, first - the cost. I would buy my film in 30mtr rolls and load into reloadable 35mm cassettes. So economical. I could go home after a shooting session, develop the film and check the negs that afternoon and the next night I could do some printing."

Surf photography became more commonplace near the end of the decade, and Bob moved naturally into a career as a commercial and wedding photographer, only returning to his archive a solid forty years later. It was only around 2000 when growing interest in his surfing images prompted him to start scanning his treasure trove of negatives - that's where we came in!

Bob is now retired, but his iconic surfing images have been featured across Australia - and globally - in multiple publications, most notably the 2016 surfing book Surfing in the Sixties, which published over 100 of Bob's images. To this day, Bob is still an original member of the Woolgoolga Longboard Club.

To purchase one of Bob's iconic surfing prints, head to his website over at www.bobweeksphotography.com.au, or contact him by email at [email protected]

Hi Jeremy, I receive the print a couple of days ago. Superb quality! Thanks a lot!!!