In the Frame
Jacqui Macumber

Jacqui Macumber of Inkah Art has been working with us since early this year. Jacqui has always had a strong interest in interior design and initially started creating artworks to place within her home.

Soon enough friends and family started commissioning pieces, her popularity grew on Instagram, and she decided to dedicate her time to creating a business from her art, selling original works as well as limited edition prints. 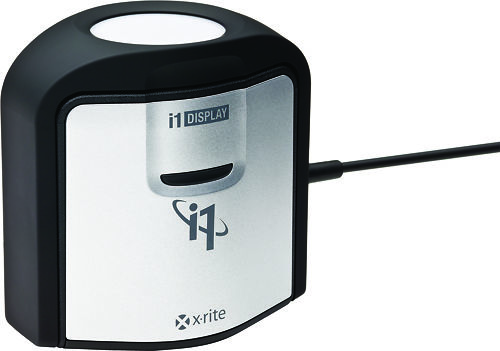 Yesterday we got a mass email from BabelColor who make some great tools for playing with colour and assessing monitors, amongst other things.

It was a really odd email, essentially encouraging us (and the HUGE number of people they sent it to) to mount a campaign directed at X-Rite to force them to license their i1Display Pro for use with third party packages (like Eizo’s ColorNavigator and NEC SpectraView, for instance) – this email claimed this was not going to happen due to new and draconian licensing from X-Rite. And I’ve seen this same (mis)information presented by lots of other people in various forums, particularly some of the makers of third party home cinema calibration software who hang out at the AVS Forum for calibration.

Forums are one thing, and misinformation there is bad enough, but it’s also so frequent that most intelligent people have long since concluded that most forums are mostly a waste of time, but this very public email was pretty unprofessional – for two main reasons – one, it appears they may have broken an NDA (so say X-Rite anyway), and two, it was entirely based on misinformation. Information that is pretty easy to get and X-Rite, if asked, have been answering these questions for the last few weeks.

Still, it had flushed out some more public responses from X-Rite on the ColorSync mailing list (a pretty unpleasant place for the most part, LOTS of bickering!)….

Anyway, the upshot of this is…..Eizo have gone public and announced that shortly, ColorNavigator 6.1 (as ever, free for all Eizo CG users) will be released with X-Rite i1DisplayPro support. BasicColor have also announced support is coming, and X-Rite say a number of other manufacturer’s are not far away from announcing support. Indeed, it seems likely that most, if not all the current packages that support the i1Display 2 will be updated to support the i1Display Pro – although it’s apparently NOT trivial to do that as the new calibrator is a much more advanced piece of equipment. So time scales of some months are likely in many cases before we see the final releases with i1Display Pro
support.

Looks like BabelColor jumped the gun a bit and should have tried talking directly to X-Rite about it before they mass mailed thousands of customers….(and X-Rite, for their part, and as ever, and for years now) – could be MUCH much better at clearly communicating to their customers).

So – kudos to Eizo for being the first to match up the best calibrators with their top class monitors and for helping in clearing up the FUD. Here’s hoping the other giant in this area follows suit soon….

I thought I'd let you know that the new profile is a success! I'm now getting the great quality prints that I'd been hoping for.

Thank you for your time and patience.